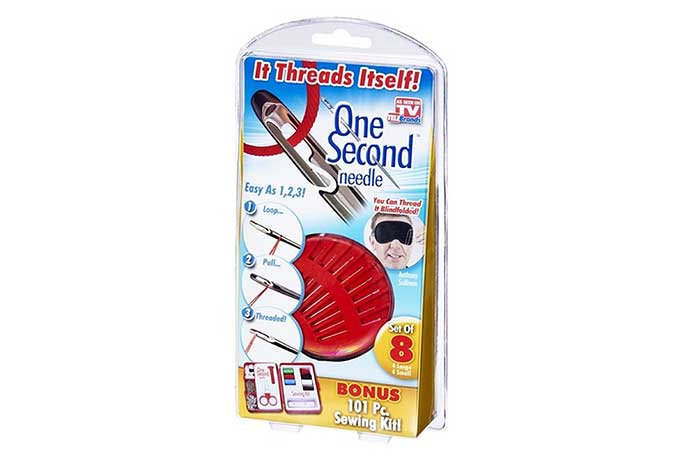 These ingenious sewing needles can be threaded blindfolded. You pull the thread into a spiral from the side, and for the most part the thread will remain in the eye as you sew. That is not true for calyx eye needles (invented a hundred years ago) as a solution to the vexing problem of threading the eye. It’s as easy for the thread to slip out of the open slot at the end of the calyx needle as it is to slip in, and this wavering can fray the thread. The spiral eye needle doesn’t snag, but in my experience, it will occasionally let the thread slip out. Expert sewers might find that annoying. It is dead simple to slip back on, and the thread is not frayed, so I can put up with that small inconvenience.

Spiral Eye needles are expensive. However they should last a lifetime if you don’t lose track of them (they look very similar to regular sewing needles).