Skip to content
In the effort to celebrate and marvel at our ability to fly and see new technological advances, air shows are held all over the world every year. Attendees get the chance to witness complex aerobatic performances and sometimes up-close access to the aircraft on the ground. — Lloyd Young ( 35 photos total) 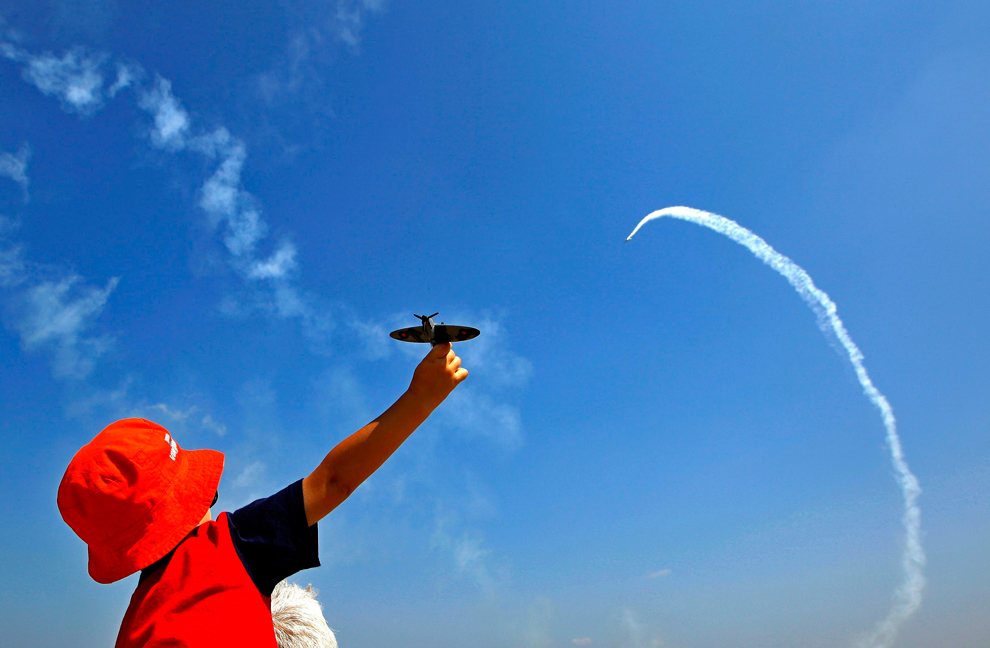 A Romanian boy plays with his toy plane while Jurgis Kairys, a Lithuanian aerobatic pilot and aeronautical engineer, performs a freestyle aerobatic maneuver with his modified Sukhoi SU 31, at the Bucharest International Air Show 2013, at Baneasa airport, in Bucharest, Romania, on July 27. (Robert Ghement/European Pressphoto Agency)

via The Big Picture
Air shows 2013